The Don is a plug in vibrator, built by the wonderful company who brought us The Doxy Wand. It is designed to be used either internally or externally, and is covered in medical grade silicone, except for the base. The silicone has a smooth, almost silk, finish, and attracts dust quite easily. I found it similar to the silicone used on the Lelo Loki and the Tantus Ryder. Trying to get it free of dust and watermarks for photography was a pain. The controls are housed on an inline pod located 4 feet along the cord, with another 8 feet to the plug. There are 3 buttons, power and higher lower intensity, that all light up in a cool blue when the device is powered on. The toy has a height of 7.5″, with 2″ of that being insertable. The maximum diameter of the insertable portion is 1.2″ with the main body of the toy being 2.4″ at its widest. The toy is flat on the bottom, with two protrusions on top: the larger insertable piece, and a smaller portion, presumably to stimulate the perineum. 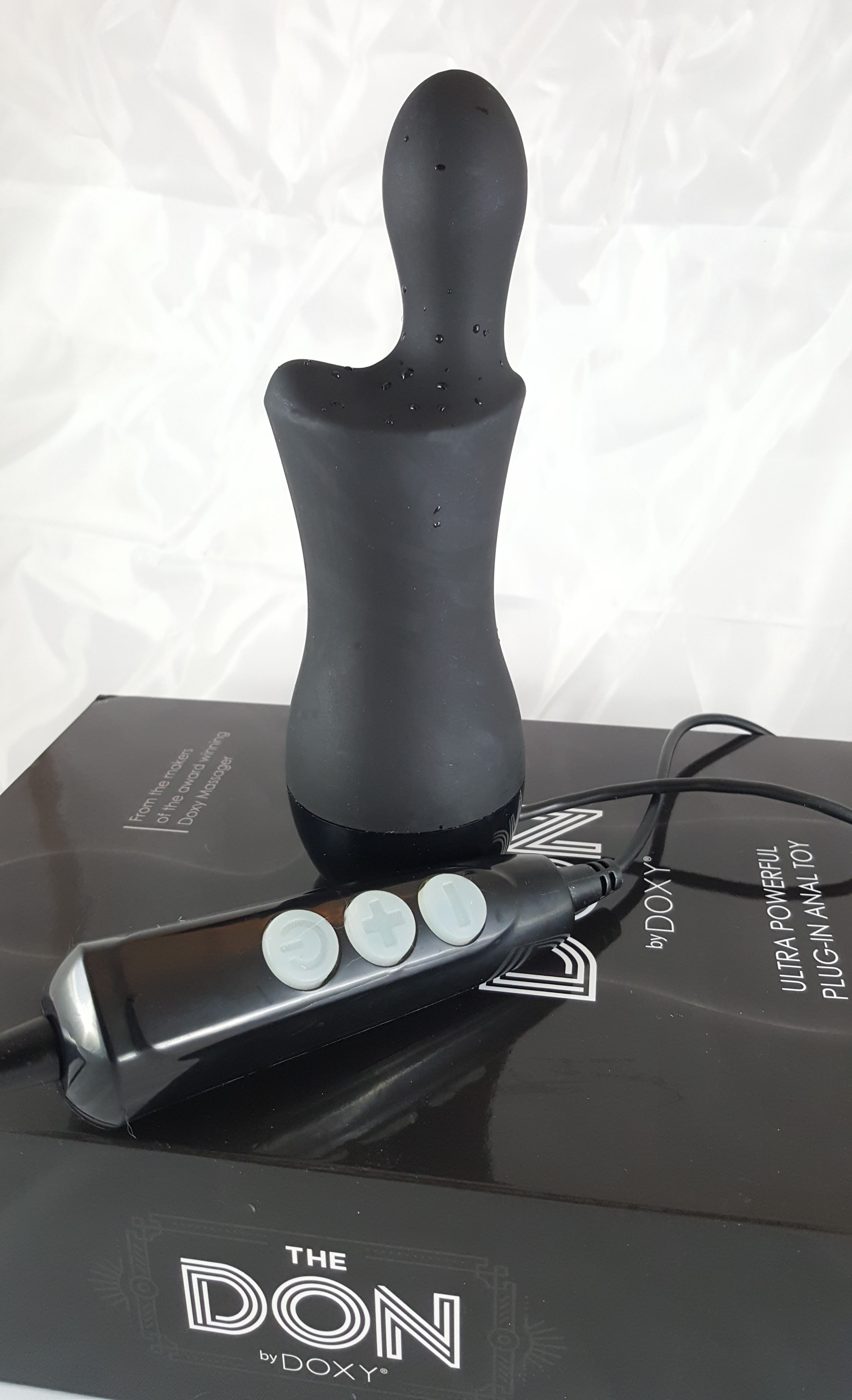 showed up on my doorstep, I was all over it. I stripped naked, layed down some towels and pillows and grabbed my lube. I applied it all over the tip of the Don and slid it easily inside me. It’s small size makes it easily manageable and I had no problem getting it inside me. When I turned it on, I was really shocked by how deep and rumbly the vibrations were. Other bloggers have described it as “thuddy” and I absolutely have to agree. The vibrations are truly powerful.

But there’s a big problem. The toy isn’t long enough to reach my prostate, and that makes it kind of useless to me. I squirmed and tried to press this toy deeper inside me, but no matter how I positioned myself, I could not get it to a good position. I finally gave up and cleaned it and put it away.

As it stands, I cannot recommend the Don. For those looking to use this for prostate stimulation, this toy will not deliver. As excellent as the vibrations of this toy are (and make no mistake, the toy is super rumbly), it is not very useful if it can’t deliver those vibrations to the prostate.

I was sent The Don by Doxy in exchange for an honest and unbiased review.

The Don by Doxy can be purchased here: SheVibe